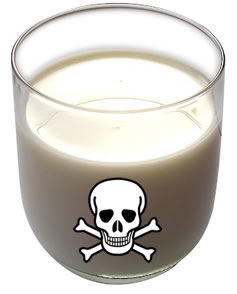 Problem # 1 with all of the current Laodicean attempts to “improve” the Spanish Bible is the cross-reference superstructure inherent in the Valera Bible.  You simply can not go about changing words on a whim or a “preference” (to quote Jim Fellure and Humberto Gomez).  I have warned these men and others (Bill Park, Raul Reyes, Robert Breaker, etc.) that you can not change the Bible based on which word you prefer at that moment.  If you do so you are in danger of destroying, not only the cross-reference system, but the doctrinal teaching of any given verse and especially the beauty of the old Castilian.  They refuse to listen.  And every man mentioned in this paragraph will answer to God for their treachery.

Now, one of the most important words in the Bible, in regards to modern Bibles is the word “corrupt” (I Cor. 2:17).  Obviously, no one wants a “corrupt” Bible, except the devil himself (and he very rarely gets any credit for his involvement went it comes to word of God in ANY language).  Interestingly enough, this word “corrupt” in II Cor. 2:17 comes through as “adulterate” in Spanish.  This is interesting because the same word is used in the Valera Bible for marital infidelity.  When the King James Bible says, “…we are not as many which corrupt the word of God…”, this comes through in the Valera 1865 as “adulterate.”  But most modern Spanish bibles have changed this verse in order to cover up their treachery.  And it gets worse in other passages of Scripture like I Peter 2:2, where the KJV says to desire the “…sincere milk of the word…”  This comes through in Spanish as “…la leche no adulterada de la palabra…”  Unadulterated milk!  How is that for advanced revelation?  So “corrupting” the word of God in Spanish is called “adultery” and uncorrupted Scripture is called “unadulterated milk.”  Are you beginning to see the picture?

This teaching is so amazingly clear in the Valera 1865 that only the inspired hand of an inspired Author could have so carefully chosen His words as to be sure that the “milk” remained unadulterated.  Question: What would you call a corrupt bible produced by a whore (codex vaticanus, sinaiticus, etc.)?  The correct word in English is given to us in Heb. 12:8.  In English, when you corrupt the English language you say that it has been “bastardized”.  And a corrupt Bible, produced without God’s (our legal Father) authorization (regardless of how popular that “Bible” is) is “bastardized”.  What kind of milk does a whore produce?

Now, all Spanish bibles except one have “bastardized” the language.  And in order to cover up their tracks they have changed the word “adulterated” in two places; some Spanish bibles in three places; and even some of them in all places where the word is used.  One of newest Spanish Bibles on the market today has bastardized I Cor. 4:1 and Heb. 12:8 (Gomez).  He has done this to cover up his tracks.  He has done this to hide his “adulterating” of the word of God while pretending to be “faithful to the TR and the KJV and the Masoretic text and the original Valera and preserving the beauty and integrity and faithfulness and the accuracy of the Castillian what’s his name…”  Lies!  All lies!

The word “adulterating” has appeared in the Valera Bible now for 400 years, in II Cor. 4:2.  And Gomez has “adulterated” that verse and given the Latin people a cup of milk that has been sitting out in the sun for 5 days.  Even the RV1909 upon which “Dr.” Gomez based his “adulterated” bible has the reading correct.  It is rotten!  II Cor. 4:2 is the worst case for any of these modern Spanish bibles.  Gomez changed “handling the word of God deceitfully” to “using the word of God deceitfully”.  This reading, found in ALL modern Spanish bibles after 1909, gives license for a preacher to USE the word of God, instead of the word of God using him!  This is the way Laodicea works.  This is the way modern Baptists work!  They USE the Bible to build big churches with big budgets and big numbers in order to impress the big populace and all this, so long as you don’t do it deceitfully!  The verse as it stands in the KJV is a reference to Bible correctors “handling” or “manipulating” the word of God.  Dr. Peter S. Ruckman says that the word of God is handled deceitfully in four ways: 1. When a man adds a word to a verse (Prov. 30:6).  2. When a man subtracts from the words (Rev. 22:19).  3. Removing a verse from its context.  4. By changing the words, (See Bible Believer’s Commentary Series: II Corinthians, BB Bookstore, Pensacola, p. 428).  You see, “…handling the word of God deceitfully…” was NEVER a reference to anyone “using” the word of God.  It is a reference to someone “corrupting” or “adulterating” the word of God.  Yet Gomez’ modern Bible has removed the Spanish word “adulterate” (which is the ONLY possible corollary word to the words “handle…deceitfully”) and in so doing has destroyed any reference to the dirty cover up of his dirty deeds.  You see, the word “handle” is UNIQUE to the English language and has NO exact translation into Spanish.  And especially the word “use” won’t get it!  Lump all the Bible correctors together because they are all the same.  Birds of a feather flock together.  They have bastardized the book and they are guilty of spiritual adultery in God’s eyes (yeah we know, “God has used our Bible in a tremendous and exciting way and thousands and millions and billions of people are now using our Bible”).  Adulterers!

Hebrews 12:8 is another perfect example of how ALL the new bibles go about corrupting and adulterating.  Obviously the word “bastard” in this verse is a reference to a person who has no legal father, spiritually.  As it stands in English it is perfect because we gringos speak of “bastardizing” the language.  So what would a modern English bible, with no authority from the Father, be called?  That’s right: A bastardized bible.  And what would a modern Spanish Bible be called that has no authority from the Father.  Well…  Only ONE Spanish Bible has the word perfect.  Watch it now!  The 1865 has the Spanish word “adulterino”.  Look familiar?  This word in Spanish is the perfect cross reference to II Cor. 2:17, II Cor. 4:2 and I Peter 2:2.  And it is the perfect corollary to the English word “bastard” in Heb. 12:8!  Which Bible has it correct in all four verses?  I’ll give you a hint.  It is the ONLY Spanish Bible in print today that was NOT produced during the Laodicean church age.  They all have corrupted two of the four verses in order to cover up their lies and their sin.  The only Spanish Bible that is correct is the Valera 1865 and all the new bibles in Spanish are the product of adultery!

And while they all complain that the 1865 “has archaic words” the 1960 hypocritically takes it a step further and uses a word that is completely UNKNOWN to any Latino I have ever spoken to.  Instead of “we are not as many which CORRUPT the word of God” in II Cor. 2:17, the 1960 has “no somos como muchos que medran falsificando la palabra de Dios…”  I have been to 12 Latin countries in my lifetime and not one person could tell me what the word “medran” means.  Not one.  Many I have spoken to are intellectuals and educated, and they still did not know what the word meant.  So the 1960, along with the Monterey and the Gomez and the NIV, all have destroyed the perfectly Biblical teaching against “corrupting” the word of God.  And then they all put copyrights on their work so that no one is ever able to come along and correct their devilment.

There is only ONE Spanish Bible that has no copyright.  And all these Bible correctors will have a time in Court when the Judge sits at the Bar in order to sue for violation of His celestial copyright.  Oh, what’s that?  You want proof.  Ok, here it is: “…for every man’s word shall be his burden…”  So if your word is “Gomez” it will be a burden.  Well, Bro. McArdle, you took that out of context.  Did I?  The very next phrase is “for ye have perverted the words of the living God”.  THE CONTEXT IS PERVERTING THE WORDS OF GOD!  YOU ADULTERER YOU!  And the word in Spanish for “burden” (carga) doubles for “charges” (like in court?).  God will bring charges against those who pervert His words.  Amen!